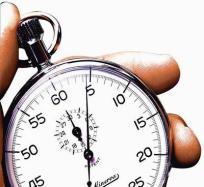 Carrie barely concentrated on her drive home after work, with her thoughts on the night ahead. She flew in the door, threw her briefcase down, fed the cat, poured herself a glass of wine, and started her bath. Bath running, she went to her closet to select the perfect outfit. After throwing at least a dozen choices on her bed and rejecting every single one, Carrie wondered just what one wears to a Speed Dating night? She had never attended such an event, and didn’t relish the thought of putting herself out there for review, and going over the same sales pitch every five minutes for the possibility and probability of getting rejected at every juncture. And she thought, who goes to those things anyway?   Daydreaming, she envisioned a bevy of beautiful women, all scantily clad, well-endowed and multi-talented, and all vying for her attention. Then she abruptly stepped on one of her cat’s toys, which brought her back to reality…biting, brutal reality where she had no self-confidence, just got her period, and still had no idea what to wear.

After her bath and another glass of wine, Carrie dressed in a comfortable pair of khakis and a turtleneck. She was going for the medium, non-committal look.  After all, no one could complain about medium, could they?  She chose a brown pair of loafers, and to compliment the ensemble, she chose a brown bag with simple lines.  Again, she didn’t want to impress her future girlfriend or wife (or, more preferably, sexual partner for the night) with fashion, but rather dazzle her with her brilliance. In other words, she didn’t want to outshine herself with herself. What? She performed a little wishful make-upping, fluffed her hair, spritzed on a little fragrance and she was out the door.

Carrie arrived just a couple of minutes before the Speed-Dating was to begin. She basically understood that she would be moving from table to table, and would talk with each woman for five minutes. Each time the bell sounded, she was to move on to the next table. And so it began. She sat down at the first table, and introduced herself to a lovely woman with a beautiful smile and some very nice attributes, of which she tried really hard not to stare. The remainder of the five minutes was a bit of a blur. The woman opened her mouth and started yakking, and never shut up, even when the bell rang. Carrie never heard someone talk so fast and so much and say virtually nothing and she never got a word in edgewise. Next table please!

Woman number two was dressed a little too butch for Carrie’s taste, but she could stand anything for five minutes, or so she thought. This woman gave her a big yellow toothy grin and a hand-shake like a lumberjack, then took a pouch out of her plaid shirt pocket, opened it up and took a pinch of tobacco and put it in her mouth. She didn’t have much to say, just sat there enjoying her chew. Carrie looked around for the clock.  She still had four whole minutes left! About that time, the butch woman asked her if she liked cat fishing. Carrie, a little stunned, but grateful for the invitation to say something, answered that she did not and in fact, had never been fishing.  She would rather drink Drano and eat razor blades. Woman number two let out a big laugh and told Carrie she liked her because she was “fuckin’ funny!” And thank the goddesses, the bell rang.

Optimism waning, and seriously wishing she could just go home, Carrie sat down at table number three. Before her was a much younger woman, and Carrie thought she didn’t want to be arrested for contributing to the delinquency of a minor, so she chose her words very carefully. The young woman introduced herself as Marty.   Carrie said, “Nice to meet you Marty”, but was thinking, “Did you bring extra diapers and a fresh bottle in your bag?” Carrie wondered what it would be like to go to bed with someone so young, but quickly rejected the idea as she had no interest in riding anyone with training wheels. They exchanged polite conversation until the bell rang, and Carrie left the table while wiping the sweat from her brow.

Carrie went on with the evening and seven more tables with seven more women, all with differing preferences, looks and sex-appeal. She never found a date, or even a friend with benefits, not that night. She did, however, go home with a new respect for the old-fashioned dating process……the one where, if she met someone and couldn’t imagine the thought of spending five minutes with them, she wouldn’t have to wait for a damned bell to get the hell out of there. She thought she might even give up dating altogether…..but then she realized that’s just crazy talk and there’s bound to be someone out there who likes a normal, medium dressed lesbian with a cat and a big heart-on.

My books are available on Amazon.com 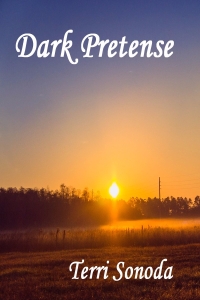 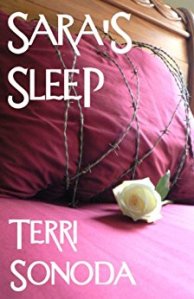